March Madness is in full swing, taking most everyone’s attention, as well as the Washington landslide, Chicago train crash, and Boston fire. But the top shares this week weren’t about those stories. Let’s see what you (the web) were sharing this week. 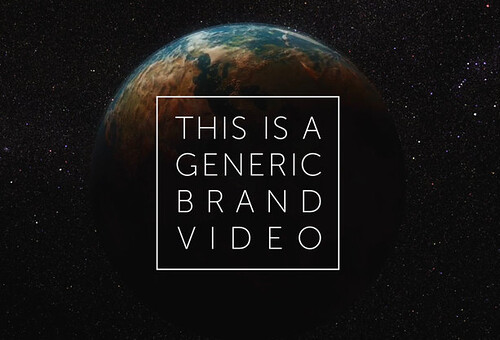 For over two weeks, the world has been speculating on the missing Malaysian plane. We got some answers this week, and the plane is thought to be in the Indian Ocean.

Kendra Eash’s piece in McSweeney’s attempted to take down contemporary advertising, and stock video provider Dissolve turned it into a video. The footage is all-too-familiar, and now I can’t help thinking about it when I watch other ads!

Mario worked at the Rotterdam Zoo in the Netherlands as a cleaner for nearly 25 years. He was diagnosed with terminal cancer and wanted to say goodbye to the animals. The feeling was mutual when a giraffe leaned down to give Mario a kiss.

The cupcake trend started about a decade ago and Sprinkles Cupcakes was founded in 2003. Eleven years later, the cupcake supplier has opened the first New York City Cupcake ATM, which has set up shop on the Upper East Side. Now customers can satisfy their cupcake cravings 24 hours a day. Perfect for the city that never sleeps!

Richard Branson, founder of the Virgin Group, released 10 tips for success. He is an entrepreneurial icon, so the social web was excited to get a peek at how he attained his success. Branson’s tips aren’t all about business though––they include family, friends, and having fun.