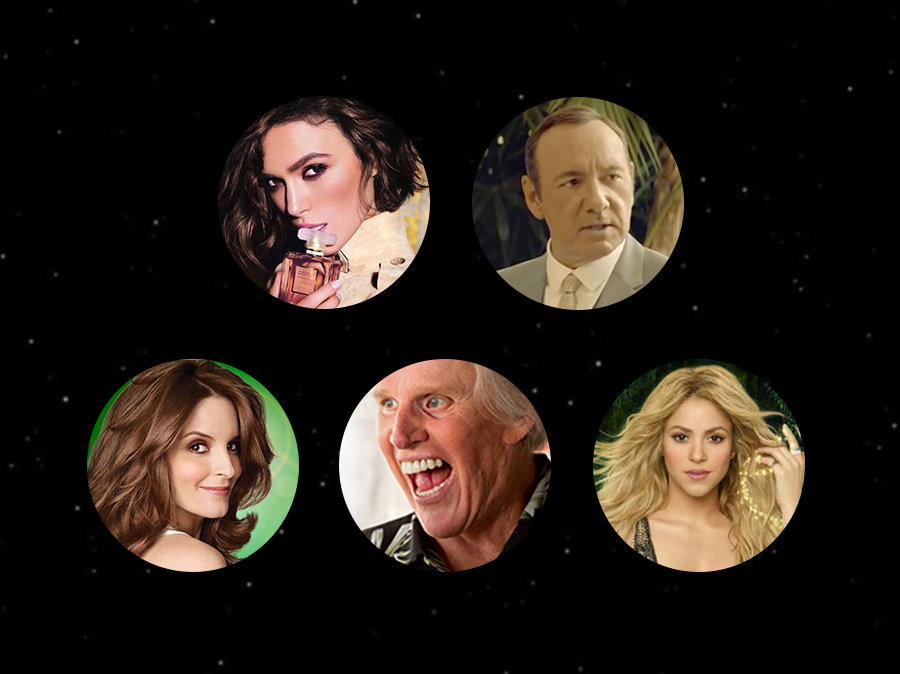 To do this, we decided to take a look at the social influence of five celebrity TV endorsements for brands that debuted in March and April of this year. We wanted to see increases in clicking and sharing content, changes in social networks used to share the brand’s content, and changes in Twitter and Facebook followers to determine whether or not the celebrity endorsements are worthwhile.

The Tina Fey Garnier Skincare commercial was released on April 17, and we saw a 700% increase in shares for that day. However, we also see strong increases in content engagement in May and July that are related to coupons and new Garnier products. Tina Fey’s endorsement did drive brand engagement, but other brand efforts increased social engagement as well.

Celebrity endorsements can also be used to drive a new target audience to engage with the brand. We looked at the social services users used to share the brand’s content during the commercial release and for the brand overall to see if the campaign altered sharing habits.

Garnier and E-Trade both had active Twitter and Facebook pages early in the year, and both commercials were released in mid-April. If clicking and sharing content increased significantly during the week of the commercial release, did that translate to an increase in Facebook Likes and Twitter Followers? For Garnier, the percentage increase in Twitter and Facebook followers for the months of March and April were within tenths of a percentage of each other, meaning Tina Fey’s endorsement had little effect on brand social followers. E-Trade’s Facebook Likes grew slightly more in April than in March, but the increase in Twitter followers grew by a smaller percentage than it did in March.

That’s not to say celebrity endorsement don’t work for other brands. It is possible to achieve great content engagement without a celebrity endorsement, and there are alternatives for reaching new audiences online. But celebrities have been helpful in getting no-name brands on the map––that’d be interesting to look into.

Are you looking to reach a new audience online without the hefty price tag of a celebrity endorsement? Check out our services and how we can help you find the right audience.