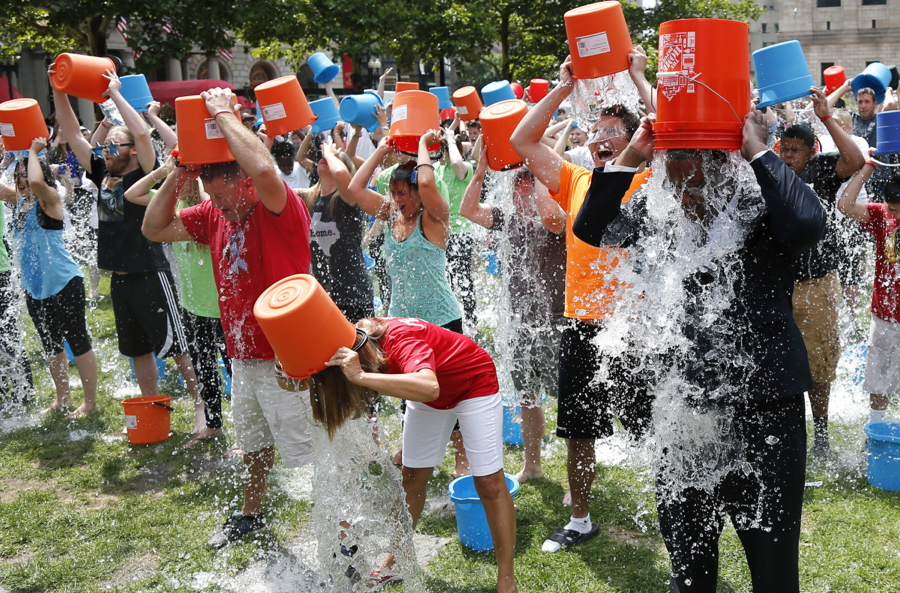 This summer’s ice cold viral sensation has been the result of a fundraising campaign from the ALS Association. The “Ice Bucket Challenge” has raised over $90 million from this campaign alone! So there’s no doubt in anyone’s mind that the Ice Bucket Challenge has hit it out of the ballpark in fundraising and brand awareness for the organization previously not known as well. Take heed of this well-orchestrated marketing machine, and make it your own. Here are 4 takeaways.

A senseless viral sensation will be just that: senseless. So taking the time to figure out your story—what you’re about, what your beliefs are, your culture, your principles, your product offering—and how to tell it well will be a worthwhile investment. It’ll give sense to your campaign. ALS has such an emotional story that affects millions, and they found a way to empower their community, and encourage others to join in a wildly engaging campaign.

Video is a powerful means of communication, so why aren’t you using it? It’s not a matter of budget—the ALS Ice Bucket Challenge proves that low-budget iPhone camera videos work just as powerfully as some other expensive productions. It takes time and planning. Photos also work as a great medium to tell your story creatively, but all this needs a good platform to live on. Which brings us to our next point.

It’s time to be social. That means finding the right platform to host your campaign. ALS was a video-based campaign that took Facebook by storm, demonstrating how strong video is becoming on the network.

Being social also means letting your audience make your story their own. A great part of ALS campaign is their openness to having those affected or interested in participating to make it their own. Many recorded videos sit across the “creative spectrum.” Some told their very personal stories about how they were affected by ALS, while others not so close to the disease took the chance to make their “dunk” unique. People supported the nonprofit without taking on a bucket of ice water, too. The social lesson here is to avoid controlling everything. Once your campaign runs through the gates into the world, let become what it will become. ALS certainly didn’t expect these amazing results.

You have your network and others have theirs. With a campaign this creative, ALS was able to mix their network with that of thousands others. That’s what leveraging influencers is all about. Top celebrities posted their videos and challenged each other to share their experience, and brands even jumped on the occasion. But it was the longtail that really took this campaign to the level it reached, by sharing their video to their network and with the #ALSIceBucketChallenge hashtag expanding the breadth of the ALS Association’s community beyond what they have ever done before. This is how powerful brand advocacy can be.

What other lessons did you learn from the ALS Ice Bucket Challenge? Have you been dunked under icy water yet?