Don’t Bury the Lead When You Write! [Content Strategy] 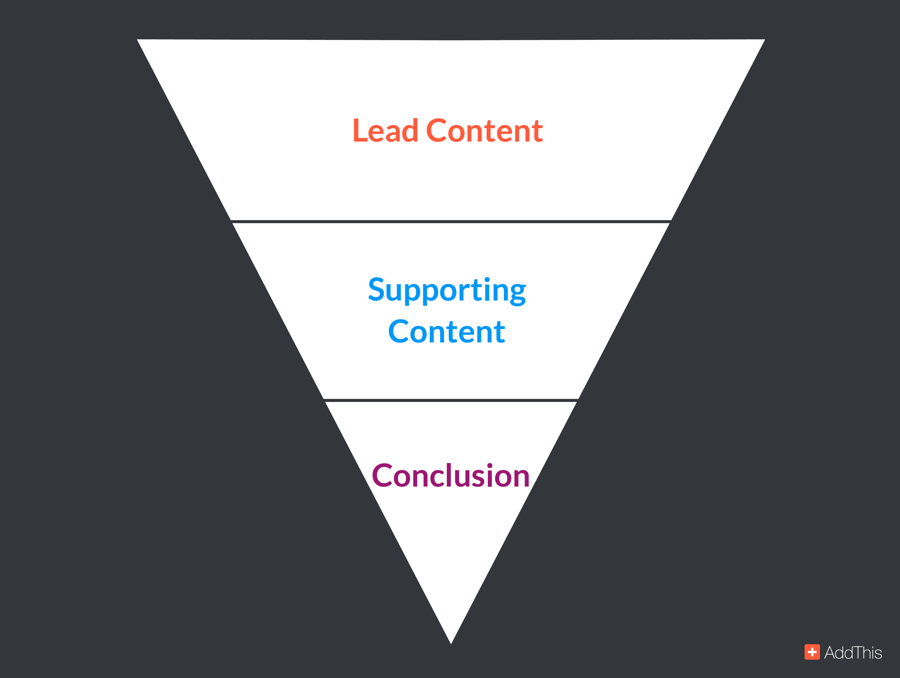 One of the biggest things you can do to improve how you write on the Web is to not bury the lead. Don’t force people to read two or three paragraphs in to understand what your point is. Instead, put the point of your post right up at the top. In journalism school, they teach new journalists this as a concept called the “Inverted” or “Upside Down Pyramid,” a good guideline to show you the best way to write for the Web.

Why is burying the lead so bad? Well, people don’t carefully read articles online. You won’t have a visitor’s attention for very long. If you put the point of the article in the middle of the fourth paragraph, you’ll miss out on an opportunity to keep them engaged on your site.

Famed Web usability researcher Jakob Nielsen observed as far back as 1997 that people don’t read articles. They scan articles. In a study they did at the time, they found that “79 percent of our test users always scanned any new page they came across.” Seventeen years later, with the onset of social media, I can only imagine that number has gone up. This reinforces the fact that you want to make it as easy for your readers as possible to get the point of what you’re writing.

The first paragraph is where you explain why you’re asking for someone’s attention, and the value you’re going to provide to give them some of that initial payoff. If all your visitors read was the first paragraph, they should feel like they have a good handle on what’s being talked about. Put the general background and supporting information further down in the article.

People are creating more content, faster than ever before. When you publish content, you’re competing for attention with thousands of other people that would love that attention. So you need to be doing everything you can to help keep that attention. Front loading the article helps to lessen the chance that you’ll lose the reader and pique their interest to read on.