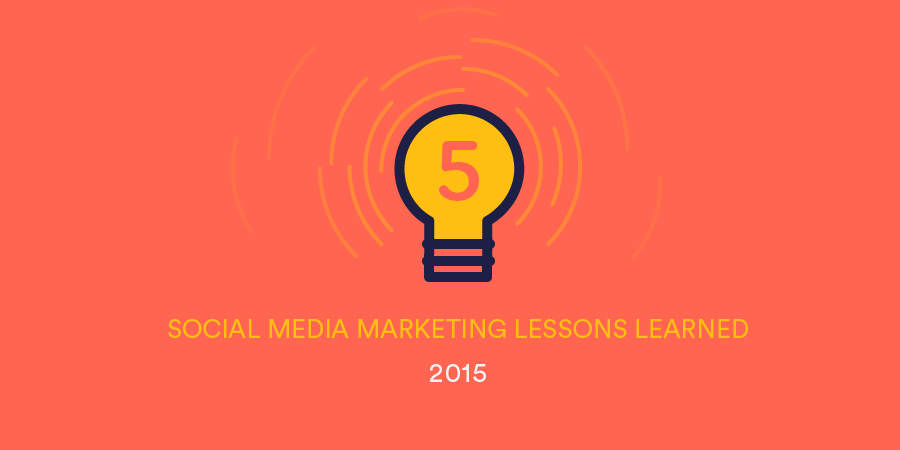 At AddThis, testing is a huge part of our decision making for marketing, product enhancements, and more. Whether it’s a call-to-action for landing pages or email subject lines, we take a data driven approach to almost everything we do. That’s why at the end of Q3 last year, when we saw a drop in our social media performance, we stepped on the gas with what we were testing. After we saw a significant increase in growth, we decided it was only right to share what we learned!

Perhaps one of our biggest learnings from last quarter is that late nights and early mornings are really effective times to tweet. Specifically, from 12AM ET to 2AM ET. When looking back at our top 20 performing tweets from October, November, and December, half of them were all posted during that time. The rest were a mix of mornings and evenings. This can also be an indication of an international following, where your followers in different time zones are just waking up.

Earlier last year, Buffer published an article that showed some of the most popular times for marketers to tweet, which peaked on weekday afternoons around 12PM ET. While this may be the most popular time, it also means it’s the nosiest, which reduces the chance of your tweet being seen and interacted with by your followers.

With this in mind, we tested times that we thought of as traditionally quieter on social media. Surprisingly, our overall engagement, including URL clicks, RTs, and favorites, spiked, contributing to a 36% MoM increase.

Here’s an example of one of our late night tweets:

Lesson learned: Weekday business hours are noisy on Twitter. Try testing off-hours, like evenings, late nights, and early mornings, by scheduling tweets in advance. The sweet spot for your brand may be different than what it is for ours, so be sure to test to see what works.

2. Saturday and Sunday Mornings Get Results

In addition to our weekday testing, we also experimented with tweeting on weekends. And as it turns out, people aren’t necessarily taking a break from their devices on Saturdays and Sundays. We found that weekend mornings, especially between 8AM ET and 11AM ET, get higher engagement than weekday mornings during that same timeframe. In fact, it seems like they’re even more connected than during the business week. We found similar results tweeting over the holidays, where more time out of the office meant more time engaging on social media.

Looking for a little creative inspiration this weekend? Here’s where we find ours: http://t.co/BMf8CaB6vN #design pic.twitter.com/BpuRku45NS

Lesson Learned: If you don’t already, try scheduling a handful of tweets for weekend mornings. You can also test different types of content. For example, we found that light, entertaining, but still educational content does well on weekends compared to promotional posts.

This is something we’ve said before: the speed at which Twitter moves allows for brands to repost the same piece of content multiple times. Just make sure you aren’t repeating the tweet verbatim. Change up how you compose it. For instance, the first time you tweet about an article, you can use the title, the second time, a quote, and the third or fourth, data points or a specific learning. Reusing content that has historically proven effective for your handle is a great way to not only save time finding new content, but to get the most out of what you’ve already published.

Lesson Learned: Identify a collection of “greatest hits” from what you post on Twitter, and add them to your weekly circulation, or as appropriate. If you really want to boost your numbers, use your greatest hits during your most popular times and watch those clicks, RTs, and likes grow.

4. Don’t Use the Link Preview Format on LinkedIn

This last quarter we made a push to begin establishing a presence on LinkedIn, aside from editing and updating our company page earlier in the year. One of the first things we noticed when we began posting regularly on LinkedIn was that, compared to link previews on other social networks, like Facebook, LinkedIn’s link preview leaves a lot to be desired.

Knowing how effective adding images to tweets is on Twitter, we applied the same logic to LinkedIn and began attaching images to our posts, as seen in the example below.

Over the course of one month, we saw an 11% increase in organic engagements, which includes clicks, likes, comments, and shares. Many brands and individuals are still using the link preview format, which means attaching an image helps your post stand out.

Lesson Learned: Take a week or two to try attaching images to your LinkedIn posts instead of using their link preview format. LinkedIn analytics differentiate between image posts and link previews, which makes it easier to track your results.

5. Create Images that Tell What Your Post is About

Pretty images are nice to look at, but images that provide real value by capturing or telling what your post is about get more engagement. Consistently over the past three months, tweets that included images with text that portrayed details or major learnings about that piece of content outperformed tweets that had more general illustrations or were stock photos.

Here’s an example of what we mean:

This image tells a little bit more about the post, which when you’re limited to 140 characters, can make a big difference. Especially when people are flying through their feeds, an image that stands alone as something worth retweeting or liking will get you more engagement. This can be an illustration or text overlay that includes the title of your post, a quote, a data point, a summary or a teaser. If you’re lost on what to try, just check out what other companies are doing. Some good places to start are HubSpot, Buffer, and Hootsuite.

Lesson Learned: Take time to think about the image you’re including with your social post. It’s worth it to create an original illustration that’ll help your post provide immediate value up front for someone who’s quickly scrolling through their Twitter, LinkedIn, or Facebook feed. Need a hand creating an image? There are some great online resources that can help.

Have you tried any of these social media tactics before? What worked and what didn’t? We’d love to hear your thoughts in the comments below!